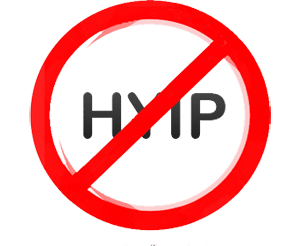 Who is CryptoNick? He was a YouTube personality, before he disappeared, that was paid for promoting one of the largest Cryptocurrency ponzi schemes in the world, BitConnect.  Now that BitConnect has fallen, CryptoNick and some other BitConnect cronies, have become immediate targets.

The problem is not getting paid to refer people to something.  That's legal.  Think Amazon, who will pay you a commission for sending someone to a product through their referral link.

The problem is that when the product or service being referred to is fraudulent, and someone is deliberately making money off of that, then its a problem.

This is exactly why CryptoNick has come under fire from victims of the ponzi scheme, even though he posted disclaimers stating that he was not a financial advisor and that his advice should not be considered financial advice.

The truth is, CryptoNick was just a 17 year old kid, making money through his referral link, from many people who were brand new to the cryptocurrency world, and probably heard about all these people making money from the rise in Bitcoin, which had already been going on for 10 years now.

They go online, to YouTube, and find people like CryptoNick and friends, promoting an "opportunity" to make money in this new cryptocurrency world, which most likely, they do not understand.

Unfortunately, even against CryptoNick's own advice, to not go by anything he says, many people don't do any research on their own and trust whoever they feel "seems" trustworthy.

A quick search of the BitConnect site would have brought to light many sketchy details from the start, such as no real company headquarters or no proof of the trades or Bitcoin mining they claimed to be doing, etc, etc...

I would know, too, as I used to promote HYIPs (High Yield Investment Programs).

A couple years ago, when I was looking for a way to multiply my Bitcoin, I stumbled onto these programs called HYIPs.  Without knowing any better, I joined a few and started to make money in 1 or 2, but lost money in most.

When I made a little money, I started to notice that I made even more money by referring others to these HYIPs than I did with my own "invested" money itself.  I eventually found out that it was easier to promote these type of programs than legitimate "make money from home" type of business models, which I had previously been promoting, because HYIPs require no work and stated "guaranteed" high percentage returns.

I didn't really believe this but my curiosity and greed got the best of me so I thought, what the hell, might as well try and see what happens.  I did, and sometimes, I actually got paid.  So I made a game of it - to see which ones I could make money from.

After awhile of doing this, I started to research their "stories" a lot more, something which I didn't pay much attention to before.  Stories about what the program actually does to make money money.   They all have one.  One story went along the lines of, "We create returns by investing in the (legal) drug distribution field in many different countries, etc, etc..."

I began to believe that everything they said on their website was a lie.  None of these HYIP's purported stories containing any methods they were using to generate cash actually turned out to be the truth.

They would also pay out for a little while and then suddenly, they were gone with the money. This happened over and over again, so I realized I was playing a FIFO (First In, First Out) game with these things.  The only way they all make money is by paying you with money they made from the people who "invested" before you.  In other words, a classic Ponzi scheme.

Their "stories" of what they do to make money, that appear on their websites, have absolutely no truth in them whatsoever and are there solely for appearances only, to make themselves look legit.  They are not.

If I happened to make a video about one that I felt had "potential", or staying power, I would always tell would-be "investors" that they were NOT a legitimate income stream but that they were indeed gambling, should they choose to participate, and to only put in what they can afford to lose.

Many did not listen.  Someone would always lose more money than they should have, who could not resist the greed factor, so I did not feel good about promoting them at all anymore, even with the disclaimers I always gave ahead of time.

I've always wanted to help people rather than contribute to hurting them so I dropped promotion of HYIPs altogether.

In comes BitConnect and USI-Tech. Both of these were promoted to me as the best thing since sliced bread.  I took one look at both of those programs and knew right away that here was the old HYIP again, in a new form - they used what they called "Cryptocurrency Lending", as well as the old faithful "Trading", and "Mining" platforms!

Nothing else had changed. It still got its money from untrue "stories" about lending, mining, trading, etc...None of which has ever held up to any scrutiny whatsoever.

I chose not to join, knowing full well, and having experience with HYIPs, which I had eventually come to the conclusion that they are all 100% based on lies and fraud.  These latest programs of BitConnect and USI-Tech were no different, contrary to what they wanted the public to believe!

To my surprise, or not, judging by the rise of cryptocurrency ,which I knew full well about, BitConnect and USI-Tech became the largest HYIP ponzi schemes I've ever seen online.  This, I did not foresee!

The ones I had been involved with in the past were very small in comparison. I was truly shocked how big these ponzi schemes had become in just 2 years time. BitConnect alone had smuggled $2.4 Billion out of the unsuspecting public when it finally crashed.

It was truly amazing how many people will fight you, come Heaven or Hell, if you even hint at them that what they joined is quite possibly a ponzi scheme.  They were making money after-all, or so they thought!

So widespread was this delusion that BitConnect (who even had its own worthless crypto-coin trading on open markets at hundred of dollars per coin) and USI-Tech created that nothing short of a complete collapse would bring their victims back to their senses.

I feel very bad and really sorry for all those who lost in this latest round of scams. That is why I chose to write this article.  I know what these people really want is to get out of the rat-race and live the life they truly deserve.  I tried to help people do this, but through my unintentional testing of the "greed" theory, they always chose the scams instead.  This time was no different, for anybody.

Indeed, there are legal ways to live life on your own terms and get out of the rat race, but people who seem to want to choose scams absolutely MUST stop falling for these "no-work, get-rich-quick, dreamy-eyed scams", and come to grips with the fact that they must work hard for their real dreams to come true.

No one can hand you the keys to financial independence, except through fraud and abuse.

I would like to state some hard truths concerning this:

1. HYIPs come and go under different names and their so-called money-making stories, but their fraud remains exactly the same.  Everything they say on their websites is a lie, and its only purpose is to separate you from your money, PERIOD!

2.  There is no road to quick riches, online or otherwise.  It must be earned through actual work.  If any program states otherwise...RUN, don't walk, away from it.

3. There is nothing wrong with working at a legitimate online program or business, for years, if that's what it takes, if you are searching for financial independence, or maybe just to make a little extra cash each month.

Follow #3 above, and you will always have hope and stand a much better chance of success in the long run, if you commit to something worthwhile and legitimate.

This is something not many people are willing to do, so that already makes you an extraordinary person, if you do.  Its all too easy to fall for these ponzi schemes and that's why so many ordinary people do exactly that!  Because it is easy!

Do what extraordinary people do, because they are hard!  JFK once said...

This is exactly the mind-frame you need to have when going after your dreams in a legitimate business online as well!  Always keep that quote in mind...

If you choose to follow the easy road of greed and quick riches through HYIPs, nowadays called, Cryptocurrency Ponzi schemes, and I was once guilty of this as well, then you absolutely have NO hope whatsoever, regardless of what they tell you.

Below are two programs that I am recommending where you can get started earning a legitimate income online...Yes, the "hard" way:

The second is an interesting idea where you can earn an income through lead generation by partnering with an already existing, proven webinar marketing business, that is giving away a portion of its earnings for those who want to partner up with them.  You can get more information about this one here.

Those are just two of my favorite examples of hundreds of ways you can earn a legitimate income online.

Dreams are never fulfilled without work to make it happen, and no program worth its weight will be successful for you without work and commitment involved.

HYIPs, and the like, do not require this and that is why they will always fail, and take all those who continue to believe that their "ship will come in" with no work involved, down with them.