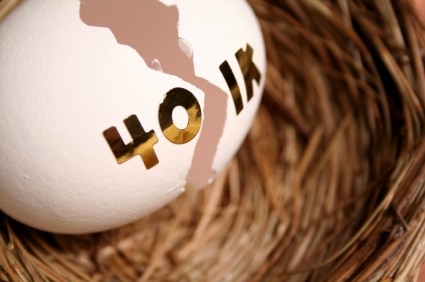 The TV show, 60 Minutes, profiled a segment on 401k retirements and how they are not working for millions of workers across the country.  In typical 60 minutes fashion, the reporter talked to people on both sides of the issue: employees themselves and one of the leading Washington lobbyists for the mutual fund industry which receives huge benefits from the 401k plan.

The show pointed out that 401k plans have several fees that are not even disclosed on the prospectus. Some are listed in there but others are not.  The mutual fund industry seems to be just fine with this lack of transparency.  Any attempt at complete transparency, such as a government bill forcing them to do so, is met with powerful backlash from the mutual fund industry’s lobbyists and such a bill never reaches the legislation floor.

This particular show made me hopping mad, mad, mad!  This is because one of the interviewees was a 54 year old single woman who worked as an executive assistant for 30 years and has little to show for it.  Her 401k has lost more than half its former value at the time she is looking for employment and not too far from retirement herself.  She started crying during the interview as she reflected on the fact that her 401k retirement is looking more like a pipe dream.

Another man who is already at retirement age said he was down $140,000 at a time when he needs the money the most.  He said there is no way he can retire now and will have to work several more years at least.

The real sad part is that this story is repeated over and over among millions of people all over the country.  So the reporter asked the lobbyist why the mutual fund industry will not take steps for transparency and why isn’t the 401k plan working.  The lobbyist just stated that “it’s not the fault of the 401k but the fault of the entire financial system” and also went on to say that employees should be responsible for their own decisions.

Do You Know This Trick?
Viral Trick Piles Up Massive
Commissions!
Learn the Trick Here.