As a hedge to see your Asset value increase over time?

As a store of value to protect your future purchasing power in ANY currency?

To create financial sovereignty and choice the rest of your life? Even a legacy?

In the end us humans have very short memories, in fact it does not take very long at all for whole generations to have the skill of financial sovereignty "trained" right out of them - leaving people totally reliant on others.... bosses, banks, pensions, insurance, governments.... all of whom of course have vested interest in keeping it this way as the top 5% of the worlds population continue to distribute "wealth" to themselves.... helped along by career politicians who find it easier to create debt for power, than truly understand why populations are unable to find balance in health, education, security, policing, safety - even an end homelessness.

The ability for more people to have access to a higher standard of living is not a "money" problem.... its a distribution problem....

What is at the heart of this?

How did we end up here as we enter a new decade?

What are the powers at be up to - what have they always been up to - and why?

Is there anything we can do about it?

Is going to "work" everyday and hoping all is well enough?

Is heading to the ballot box to vote for "socialism" or "capitalism" really going to make any difference when BOTH are built on fiat currency?

Why do we even give the Politicians credence when all they do is move deckchairs to appease financially uneducated masses?

A little education about monetary history (if you care to look), quickly confirms WHY you are chasing income.... no matter how much "currency" you have.... it also confirms how out of control the Governments and Central banks are as they take us out of the US Dollar $ "standard" era....

The truth is the system has had ample opportunity to create "sound money" and ensure it is distributed more fairly... but they never took it, instead they preferred to ride deficit spending once they got a taste for it (between 1971 and 1980).

They have, ever since, orchestrated and managed the world into extraordinary debt - some say the biggest fraud ever known.

Preferring to enjoy short term power (via social projects and infrastructure), paid for by our futures...

So here we are.... entering 2020, actually in a much worse state in terms of individual, corporate, government and institutional debt than ever before....

The only question left then.... what can WE do as individuals to protect ourselves (first), THEN go help others? Well, as ever it starts with individual responsibility and education.... financial education.... then ACTION.

Quite simply you need to put yourself ahead of what is coming.... some say a global reset, some say more QE, some say Central Bank directly putting money into your bank! It matters not.... in the end this is kicking the can....

What really matters is YOU taking control and OWNING the fundamentals of MONEY - GOLD - while all this shakes out.

Then, whatever way it end up, YOU OWN the means to convert the Asset to EITHER protect yourself to live OR come out the other side in a much, much better place than you would have been (wealth transfer).

So, you can either carry on - oblivious to what this simple chart is shouting at us and spend the next 10 years continuing to hope for the best OR you can take ACTION today to understand what it is saying.

Are you awake enough to stop chasing more and more Income and start BUILDING wealth? 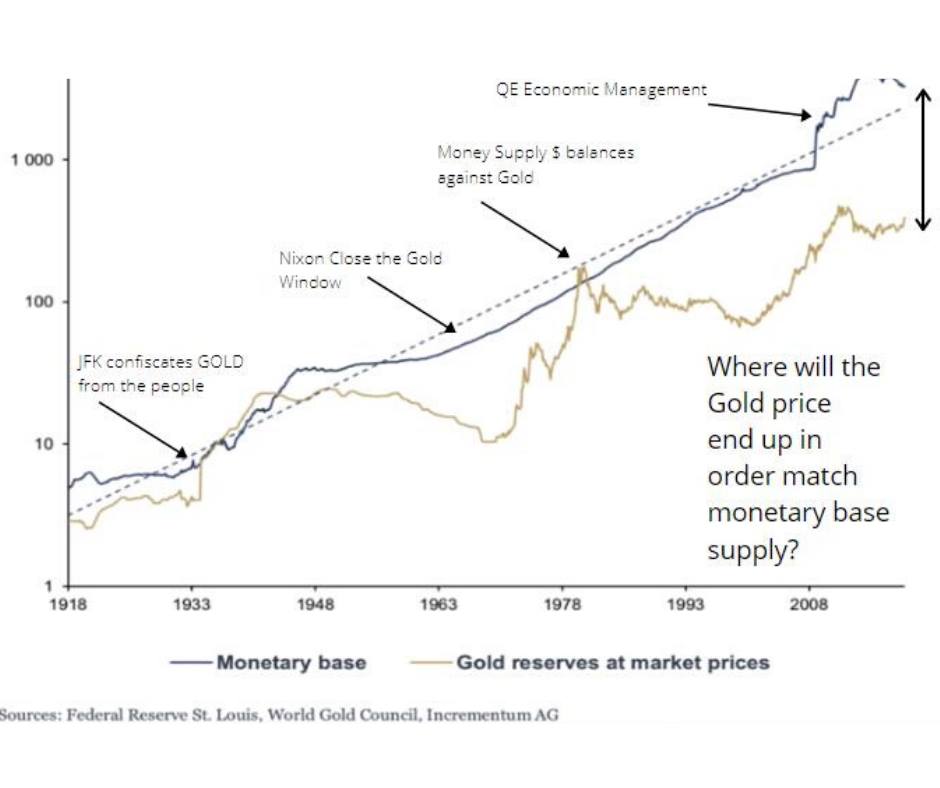 you're Seconds Away from real money
Tips On How To
Generate Free Traffic!
Get all Tips for Free